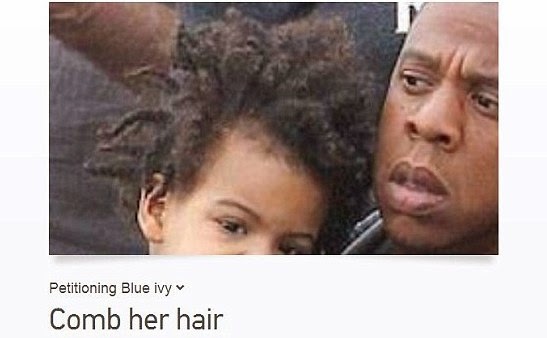 This is not cool. A petition has been launched on change.org asking Beyonce and Jay Z to comb their daughter Blue Ivy’s hair…and so far it’s gotten over 4,000 signatures..
The petition was started by a woman named Jasmine Toliver, and under her petition she wrote;

‘As a woman who understands the importance of hair care, it’s disturbing to watch a child suffering from the lack of hair moisture. The parents of Blue Ivy, Sean Carter aka Jay Z and Beyonce have failed at numerous attempts of doing Blue Ivy’s hair. This matter has escalated to the child developing matted dreads and lint balls. Please let’s get the word out to properly care for Blue Ivy hair.’

Not liking or criticizing Blue Ivy’s hair is one thing, but putting up a petition on change.org to me is crossing the line. You can’t tell a mother what to do or not to do with her own daughter’s hair. One person even wrote “cruelty to children has to stop!” Cruelty? Hmmmm 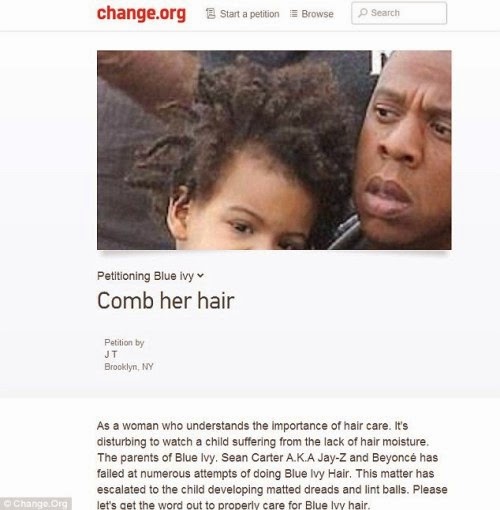