President Buhari is a tribalist, period

Tribalism, to some people means when you open your mouth and criticize any other tribe except yours, or when you take up arms yourself to fight other tribes, but what else could be more tribalistic that watching other tribes cry and mourn the death of the families and loved ones killed by your own tribe and you keep quite? 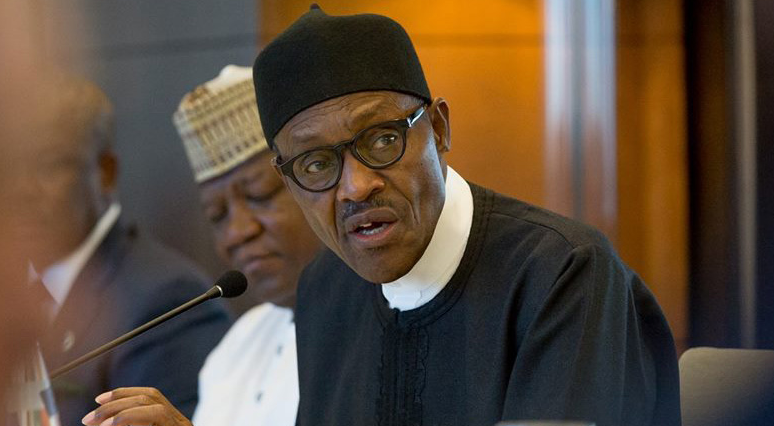 FILE PHOTO: Buhari to Adesina that, “Your people are killing my people”

One of the major challenges Nigeria is facing is the problem of accepting whoever want to lead them as president base on what they say and not base on what they really are, just like we foolishly accepted Buhari to be the messiah we have been waiting for, without properly examining what type of leader he is.

To confirm how unfit Buhari is to lead Nigeria and to justify that he is known among his kinsmen for his hatred on any other tribe, on November 1, 2012, Islamic sect Boko Haram opted for dialogue with the Federal Government, picking President Muhammadu Buhari as mediator.

“It is amusing when President Muhammadu Buhari is described to be a nationalist and, or patriot. Buhari is none of these things but a tribalist whose interest is first and foremost to those belonging to the same Fulani tribe and the Islamic faith like himself.

How do I know this? By his words, but most importantly from his actions and sometimes inactions. Let us leave what transpired between him and a former governor of Oyo State, Lam Adesina, the statement made by Buhari to Adesina that, “Your people are killing my people”; let us leave that in the past and focus on Buhar. [By the way, everybody needs to read the nationalistic response by Adesina to Buhari.] There is no difference between Buhari then and now.

Buhari of today has continued to expose his true nature and the ideologies that guide his actions, none of which portray him as anything near what his advisers want us to see him as.

Buhari in one of his speeches once told NYSC members of Igbo extraction who visited him in Daura, Katsina State to “Tell your colleagues who want Biafra to forget about it,” and referred to Biafra as “wishful thinking.” On its own, you would think that the president was expressing faith in Nigeria’s unity, a unity built on the equality of every Nigerian irrespective of tribe and religion. But when you juxtapose his comment with his actions, you’ll understand that Buhari was deriding Nigerians from the Southeast region whom he does not consider to be equals but view as a conquered people.

As long as the news is not all about Herdsmen or Muslim North being killed and murdered in dozens on daily basis, Buhari is likely not to make any remarks or act to stop it.

Parts of the country witnessed bloodshed over the past week. While 21 people were killed in Rivers State, about 50 others died in attacks by herdsmen in Benue. In Kaduna, a traditional ruler, Dr. Gambo Makama, and his wife were murdered in Sanga Local Government Area. The President, however, during his visit to Kaduna state where he commissioned new train coaches, left the state without saying a word on any of the incidents.

It’s time Nigerians wake up and see Buhari as who he is, the real Muhammadu Buhari and not what he want us to see, if he is even hiding his true self again. Buhari has not and will never change, rather he is back to government to clean up those he call minority and those who doesn’t fall in line with his plans, and Nigerians need to wake up.

The minorities need to rise up and defend themselves, no matter which way, but defend your land, take what belongs to you and stand your ground, or watch your house burn and watch your land taken by blood-sucking killers.