Mr Saraki vowed to remain in office saying he enjoys the support of majority of the senators. 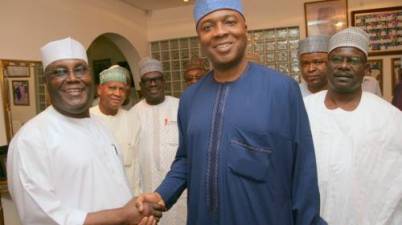 The senate president would work with six others who would coordinate the six geopolitical zones.

The swearing-in took place at the Senate on Wednesday.

"I have decided to answer the call of teeming youth who have asked me to run for president."

Issues expected to be on the agenda of the meeting include the string of defections in the political space, the rumoured plan to impeach Mr. Saraki and the pending 2019 elections supplementary budget.